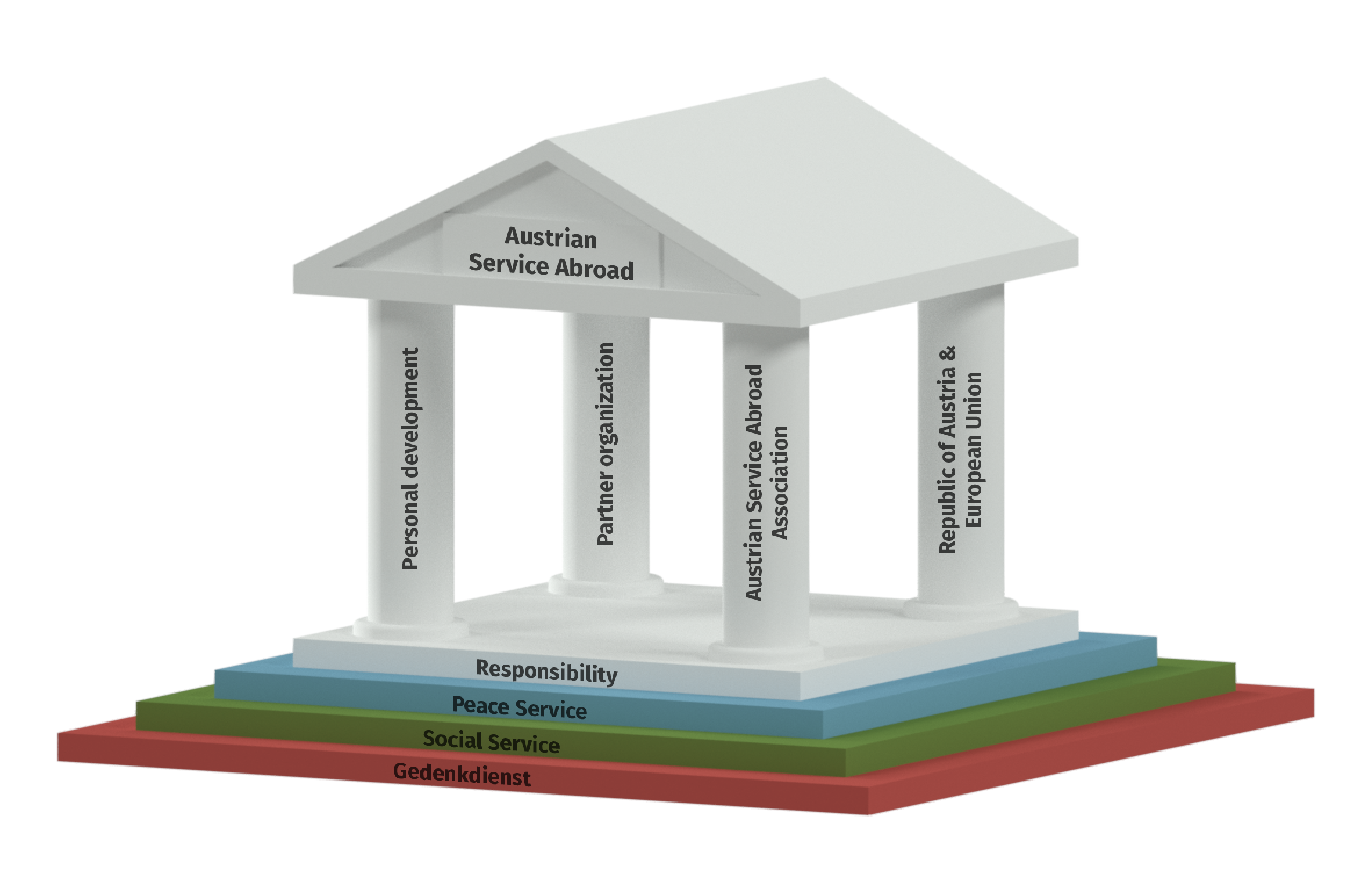 The Austrian Service Abroad and the contributions of its members are based on 4 pillars:

Cooperation within the Austrian Service Abroad, the preparations for the candidates’ service abroad as well as their actual volunteering abroad experience serve the personal development of the individuals. In addition to acquiring relevant knowledge, the candidates are given ample opportunities to learn professional skills via contributing to the workflow of the Austrian Service Abroad as well as the partner organization, which can be significant for their future careers.

The Austrian Service Abroad could not exist in its current form without the contributions of its members before, during and after completion of the service abroad. Therefore, every member is therefore asked to get involved in one of the organization’s departments and teams providing voluntary work. This is required as part of the justification for sending someone abroad as one’s motivation is decisive. The Austrian Service Abroad provides the valuable opportunity of working together with like-minded people, exchanging views, making friends and learning from many different well-educated people, being the platform for carrying out a voluntary service abroad, which may be recognized as an alternative to Austria’s compulsory military service.

Austrian Servants Abroad should, especially during the time of their service abroad, recognize their role as being representatives of Austria and the European Union. The organization’s statutes define part of its raison d’être to serve the interests and reputation of the Republic of Austria. Servants Abroad are often called “little ambassadors of Austria” by politicians and diplomats and they always communicate and cooperate with the nearest Austrian embassy. Such a role and function requires responsible behaviour of the servants during their service abroad as well as an effort to convey a positive picture of Austria and the European Union.